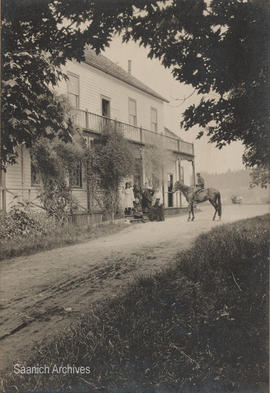 The Bown family owned the North Saanich Hotel near Sidney, and operated the post office on site. Charles Quinton Bown Sr. is listed as the Postmaster from April 12, 1905 to December 18, 1906. Marian (May) Bown married James Hector Monk, teacher at North Saanich School. The other members of the family later moved back to Manitoba.

Fonds consists of a photograph of the North Saanich Hotel and Post Office (previously Wright's Hotel) and the Bown family.