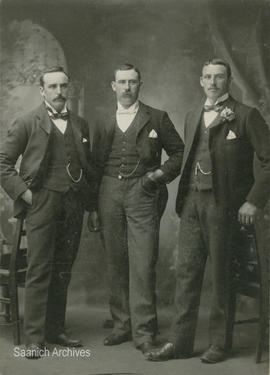 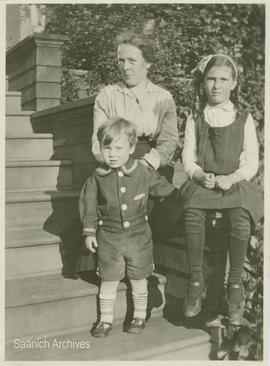 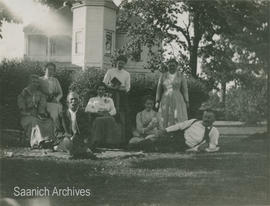 James and George Deans came to Vancouver Island from Scotland as employees of the Hudson's Bay Company in 1852 on the Norman Morison. They eventually purchased land near Mount Tolmie where they established a farm, Oak Vale. James became fluent in many First Nations dialects and was an authority on First Nations culture. He died in 1905.

The first group of 11 photographs in this collection was received by Saanich Archives ca.1980. A second group of 6 was accessioned in 2007.

Fonds consists of photographs of the Deans family and their home near Mount Tolmie, taken in the 1890s to 1916.