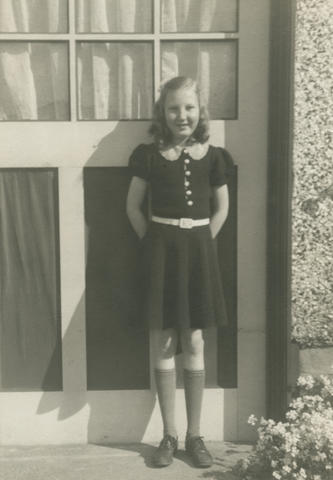 Eileen Archer was born in Saskatoon, Saskatchewan on October 8, 1934 to Arthur and Anna Archer. She grew up at 2957 Orillia Street, where she lived for 72 years (1937-2010) until moving to a care facility. She did not marry and had no children. Eileen attended Tillicum Elementary School from 1941-1947; in 2016, framed copies of her photographs were put on display at the school as part of 100th anniversary celebrations. Eileen Archer died on July 8, 2013.