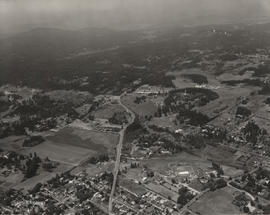 Horticulture Centre of the Pacific fonds

Horticulture Centre of the Pacific

Transferred in 2009 from the Saanich Clerk’s Office.

Fonds consists of textual records and other material relating to the establishment and development of the Horticulture Centre of the Pacific located at 505 Quayle Road and includes concept descriptions; constitution, by-laws, and minutes of the society; legal agreements; correspondence; personnel documents; newsletters and brochures; plans and photographs. Fonds is arranged into 9 series: Concept, Constitution & By-laws, Minutes, Legal Documents, Correspondence, Personnel, Newsletters, Plans, and Photographs.