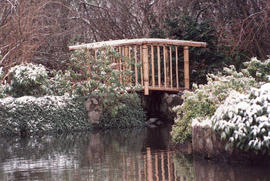 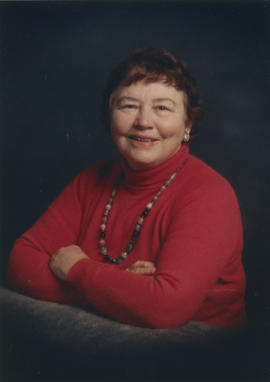 Joan (“JoAnn”) Richmond Outerbridge (nee Higinbothom) was born in Bermuda in 1920. She was a nature lover from an early age, and by age 17 was collecting and preserving specimens for the Bermuda Museum. In 1952, JoAnn graduated from The Horticultural School in Pennsylvania, then pursued various occupations including proprietor of a flower shop. She returned to Bermuda in 1966, where she met her husband. Mrs. Outerbridge continued to live in Bermuda after being widowed, but in 1987 chose to move to Victoria, BC. When she purchased her house on Royal Oak Drive in Saanich, she began the process of creating a 9 acre nature sanctuary. She accomplished this goal by buying a nearby house, subdividing off most of the backyard for the nature sanctuary, renovating the house, and using the profits from the sale to do it again. She repeated this process over the course of more than a decade with seven houses including her own, leaving a lasting legacy first known as Shangri-La Bird and Nature Sanctuary. In 2005, after a transfer of the lands to the Municipality of Saanich, her gardens became known as Outerbridge Park. Joan Outerbridge died February 2, 2015.

Donated to Saanich Archives in 2006.