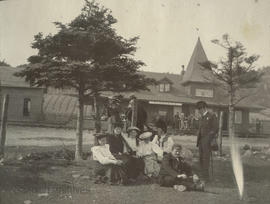 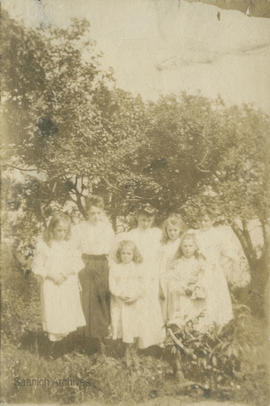 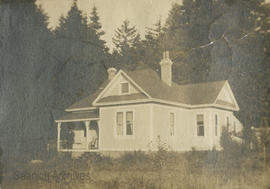 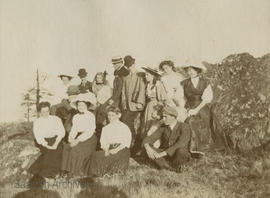 Nine years after the death of William George Bradshaw, his wife Sarah Payne Windsor Bradshaw left Placentia, Newfoundland on July 24, 1907 with her children for Victoria. Albert Bradshaw, Sarah's brother-in-law, accompanied the family on the journey. Her brother, Augustus Windsor, built a new home for her and her family in the Mount Tolmie area of Saanich. The family resided at 3701 Palo Alto Street until 1950.

Daughter Ethel May Bradshaw studied shorthand, typing, and bookkeeping in 1909. She briefly worked in the B.C. Hardware office and then at Coles & Oddy's. In 1910, Ethel took a stenographer position in Jordan River with the B.C. Electric of Vancouver Power Company. The following year she became engaged to Leonard Claude Lytton. She returned to Victoria and worked at the local B.C. Electric Company office. Ethel and Claude were married at St. Luke's Church on September 17, 1912 and approximately one month later moved into their new home "Oakdale" at 1941 Connaught Avenue (now Ernest Avenue). They had five children: Gerald Bradshaw (1913), Evelyn Margaret (1914), Brian Claude (1918), Roger (1923), and Beatrice Joyce (1927). Beatrice Joyce (known as Joyce) attended St. Margaret's School. She later married A.D. Wheeler.

Donated in 2019 by a descendant of the Lytton family.