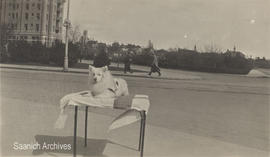 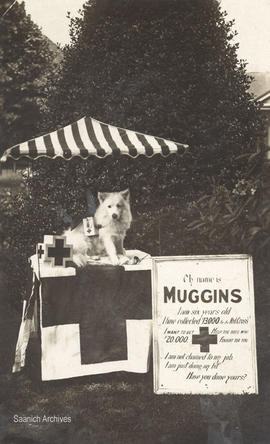 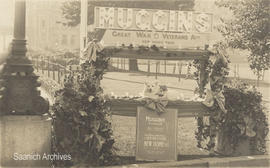 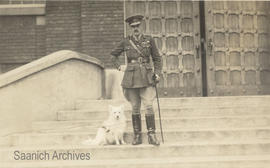 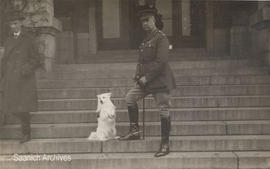 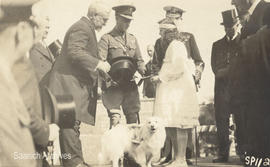 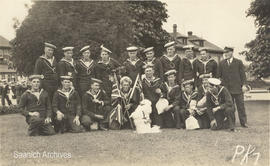 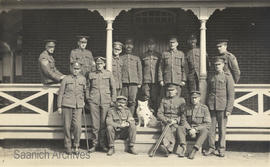 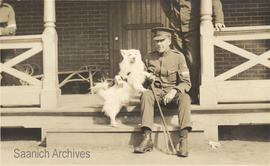 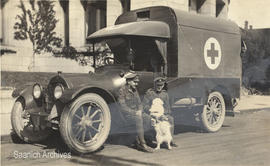 During the First World War, Beatrice Woodward and her dog Muggins lived at 590 Gorge Road West. Muggins became famous for his Red Cross fund-raising efforts. During his fund-raising years, he was credited with raising thousands of dollars for the Red Cross and other causes. He was photographed with important people of the time, and was honoured with medals for his efforts. Muggins died in 1920.

The first part of this collection was donated to Saanich Archives in November 2015 by the great-niece of Beatrice Woodward. Additional photographs were donated later. In 2021, author Grant Hayter-Menzies donated research material for his book entitled: Muggins: the life and afterlife of a Canadian canine war hero (pub. 2021).

Collection consists of records relating to Muggins the dog and his work with the Canadian Red Cross during the First World War and includes medals awarded to Muggins, photographs, and textual materials related to the content and publication of a book about Muggins by Grant Hayter-Menzies.