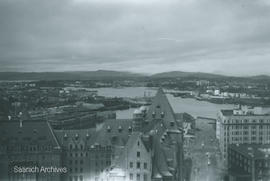 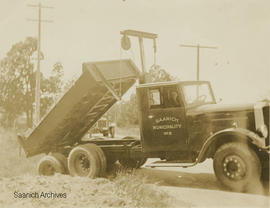 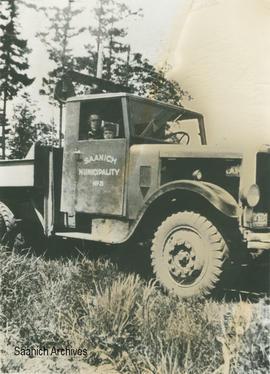 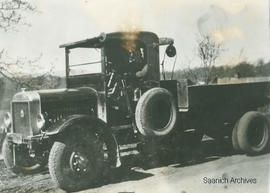 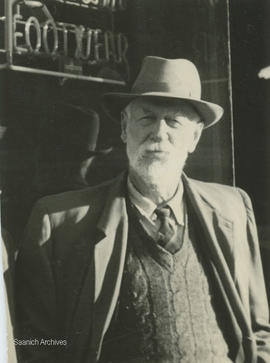 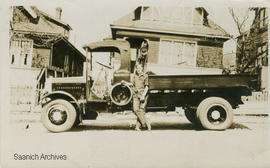 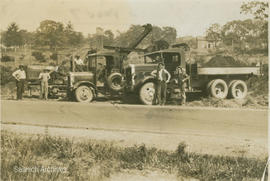 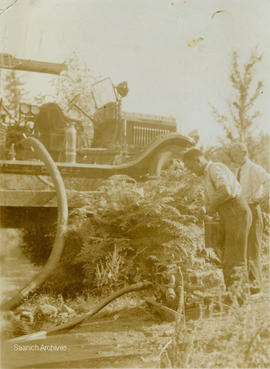 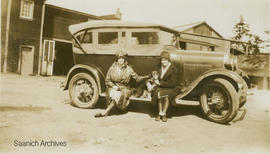 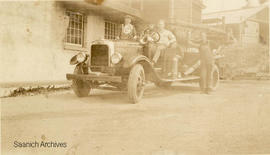 The records in this collection were transferred to Saanich Archives in multiple accessions beginning in 1980. In 1983, H.D. Dawson, a former Saanich Municipal Engineer, donated 15 photographs of various Public Works projects. A major addition came in 1989 when 256 negatives and photographs came into the Archives when Robert Currie, a Saanich Yard Superintendent, retired after 35 years of service.

Fonds consists of photographs showing various public works projects and equipment from 1916 to 1985 including sewer projects, paving, water pipes, roads, and parks. The majority of the photographs are contained in 3 albums which include photographs of flooding at Panama Flats and other locations; street views; Town & Country Shopping Centre opening day; municipal halls at Glanford, Royal Oak, and Vernon Avenue; and aerial photographs & vistas of the Blenkinsop Valley and other locations.