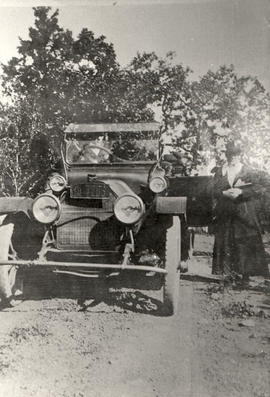 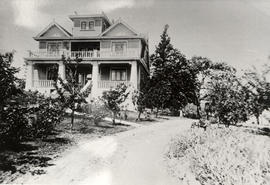 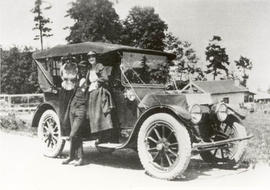 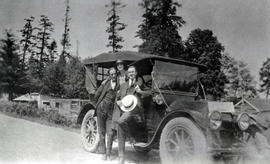 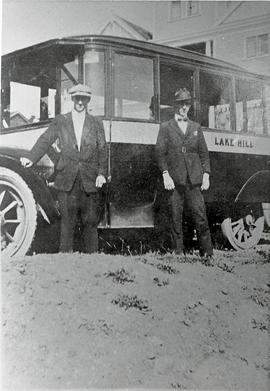 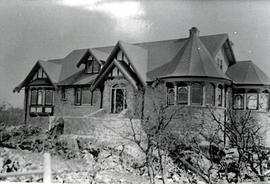 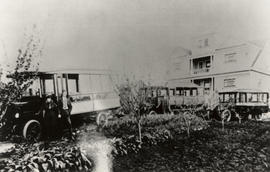 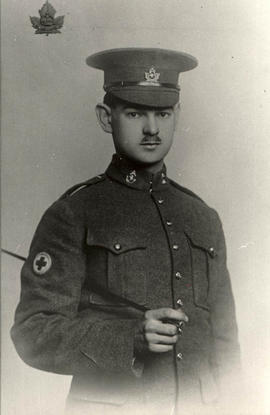 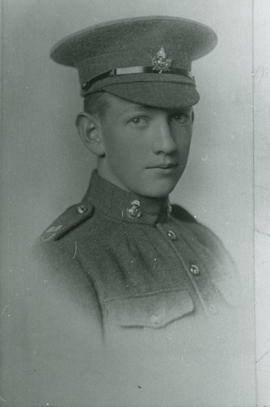 Arthur Stewart came to Saanich from Scotland in the early 1900s. A contractor and mason, he built many houses in the Quadra and Tattersall areas. He worked on the Empress Hotel and Carnegie Library and completed the cenotaph in Vancouver after his brother, also a stonemason, was killed during its construction. He started the Lakehill jitney and bus service which ran from Fort and Douglas to the Pumping Station at 3940 Quadra. Arthur died in 1938.