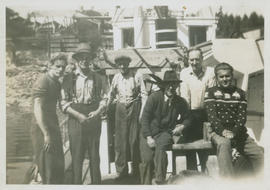 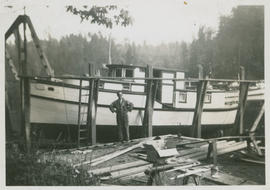 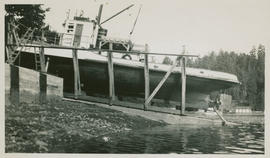 8.5 cm of textual records and other material

The Tod Inlet Boating Association was formed in 1946, when its first slate of officers was elected. Its purpose was the installation, operation, maintenance and repair of boating facilities for Association members. This was later expanded to include the public. Throughout its history, the Association averaged 30 members at a time. The Tod Inlet Boating Association had a lease agreement, renewed annually, with the British Columbia Cement Company Limited which granted access to Tod Inlet as well as mooring privileges. Later ownership companies included Ocean Construction Supplies Limited, B.A.C.M. Development Corporation Limited and Genstar Development. Uncertainty during the 1970s about possible development of the lands frequently called the future of the Association into question. The rental agreement between the Association and Genstar was terminated by the latter in 1981 due to a prospective purchase of the land. As a result, the Tod Inlet Boating Association membership agreed to formally dissolve the organization under the Societies Act but continued as an informal club into the 1990s, sending representatives to the Gowlland / Tod Park Lands Advisory Group in 1995.

Donated in 2008 by Susan Langlois, past member of the Tod Inlet Boating Association.