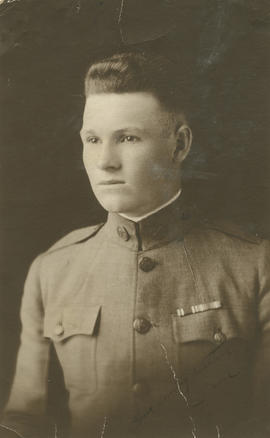 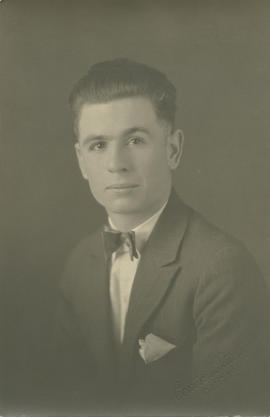 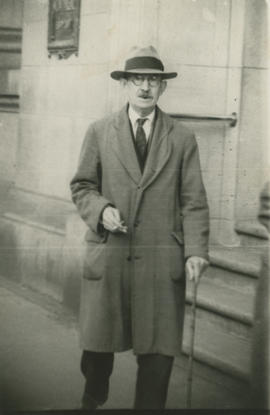 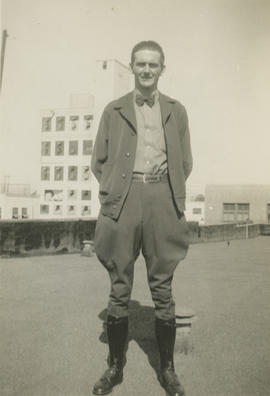 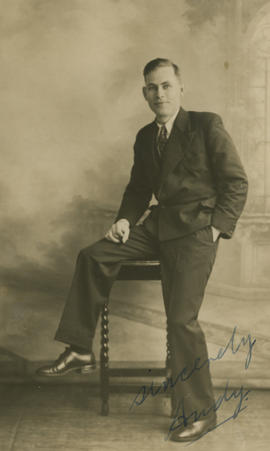 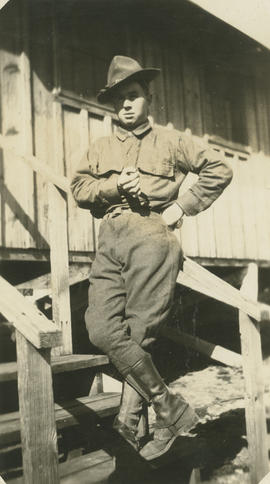 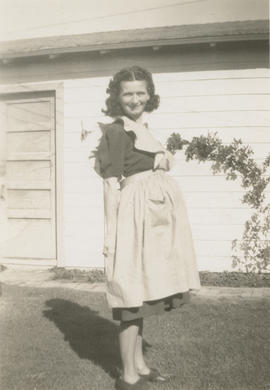 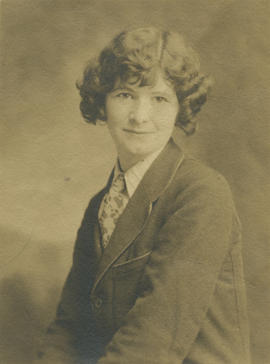 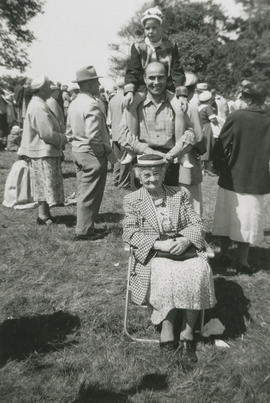 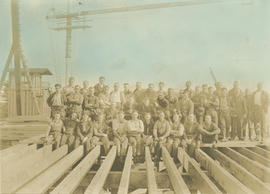 Ernest Brownlow Underwood was born on March 1, 1873 in St. Paul's, Deptford, London, to George G. Underwood and Lucy Anne Frazer. In 1888 at the age of 15, he joined the Coldstream Guards as a drummer boy and would remain in military service throughout the British Empire, eventually reaching the rank of Major. E.B. Underwood married Alice May Hogben on February 21, 1899 during a short visit home to England. They emigrated to Toronto ca. 1909 and in 1910 moved to Winnipeg. There he joined the Canadian Expeditionary Force and went on to serve overseas during the First World War. E.B. Underwood, who knew George Pearkes, came to Victoria in 1922 after the war and was posted in Esquimalt. He retired from military service in 1932. He and his wife then lived at 400 Gorge Road W (now 2840 Gorge View Drive), then for a time at 5172 West Saanich Road, and later in Victoria. They had five sons: Arthur Victor George, Leslie Harold Patrick, Ernest Albert, Ghazi Kenal, and Reginald Cyril (died in 1937 when he drowned while working at the Cameron Lumber Company wharf); and three daughters: Lillian Songhurst, Muriel Burch, and Mena Miller. E.B. Underwood's sons Leslie (Buster), Ghazi, and Ernest (Ernie) all saw action in the Second World War. Leslie and Ernie volunteered for service in 1939 in Victoria. They were attached to the 3rd LAA Battery, RCA. They left for England in 1941 and were in the gun crew that was recognized as the first Canadian crew to destroy a German bomber (Junkers 88) during the Battle of Britain. Both took part in the raid at Dieppe. Leslie returned, but Ernie was wounded on the beach and was a Prisoner of War for the duration, writing a series of letters home from the P.O.W. camp. Ghazi joined the Army in 1943 at age 18 and saw action in Italy and Europe. Leslie saw action at D-Day and in Northern Europe until the end of the war. With the end of the war, the three brothers returned home to Victoria. Leslie Harold Patrick Underwood and wife Emily Agnes (nee Burke) (married on September 28, 1934) lived at 3060 Wascana Avenue and 3097 Millgrove Avenue in Saanich and later 5424 Fowler Road (now 776 Menawood Place) in Cordova Bay. They had two children, Leslie Garnet and Mena Patricia (after whom the street was named).

All items removed from albums or frames for preservation. Newspapers and periodical issues are torn at edges and worn along folds.