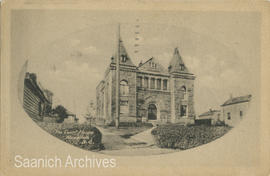 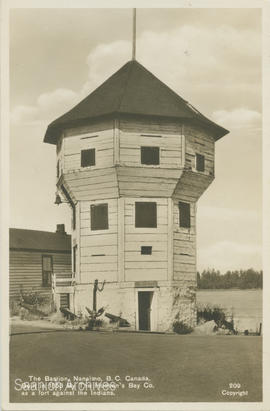 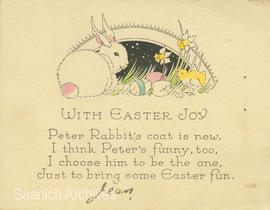 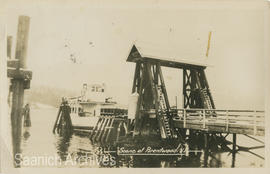 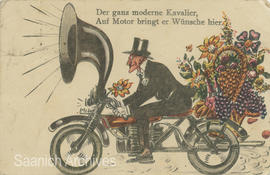 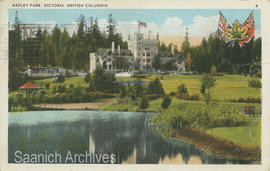 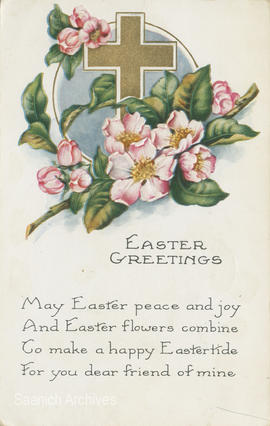 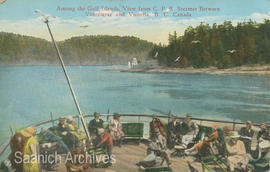 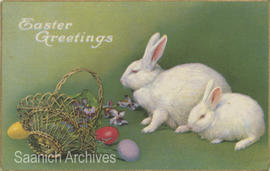 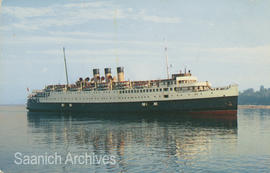 Virginia Griffin (nee Todd) is the daughter of Anna Matilda Henderson and Albert Henry Todd of Gordon Head. She had a sister, June. The Todd family lived at 4344 Cedar Hill Road, near Mount Douglas. Virginia married Norman Griffin in 1941, and they lived in Macleod and Calgary during WWII. Norman was part of the ground crew at the RCAF station in Calgary. Their daughter was born in Calgary in 1944. After V-E Day, Norman was posted to Comox, and Virginia and the baby went back to Saanich to stay with her parents on Cedar Hill Road. Virginia and Norman bought land and built a house on Midgard Avenue with a loan received under the Veterans Land Act. The land was purchased from a Mr. Porter for $600, money saved by Virginia during the war; the house was built with the loan. Virginia and Norman had a son in 1946. Virginia Griffin worked at the University of Victoria for 15 years, initially working as a secretary in Dean Wallace's office, then as supervisor of an office that supplied secretarial staff to university departments.

Fonds consists of a WWII-era scrapbook relating to Virginia and Norman Griffin, including documents relating to his military service; cards and artwork by Virginia's family and friends; and postcards collected by Virginia. Postcards represent provincial, national, and international locations.