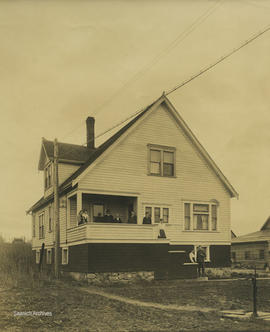 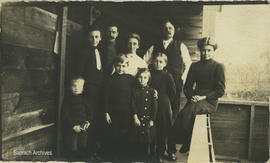 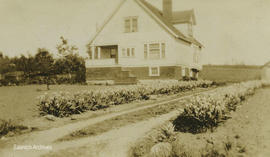 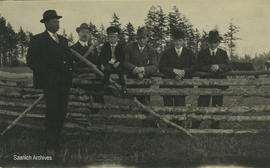 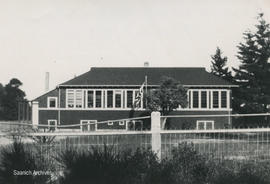 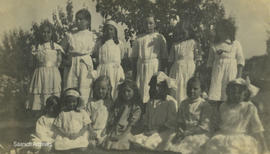 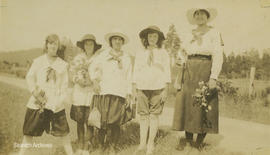 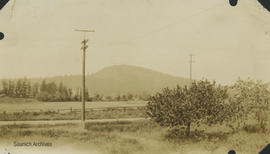 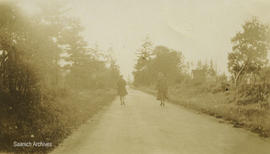 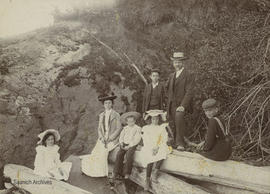 William J. Williamson and his wife Wilhelmina (nee Clarke) came to Gordon Head in 1897, and built a house on Tyndall Avenue. W.J. Williamson operated Gordon Head’s first grocery store from 1909 to 1918. He also contracted the first rural mail route in the neighbourhood which in 1913 was taken over by his eldest son Jack. Jack Williamson served overseas during WW1. When he returned, he took over the Gordon Head bus service in 1921 and ran the business until it was bought by the Matson Coach Lines Company in the late 1920s. In addition to operating Gordon Head’s first grocery store and mail route, in 1913 the Williamson home was also the site of Gordon Head’s first telephone office, with 1 switchboard and ten lines. In 1924, a new telephone office opened with at the corner of Feltham Road and Tyndall Avenue with 97 telephones. The Williamsons’ daughters, Alixena “Bea” and Agnes, were both employed at the new telephone office.

This selection of photographs were collected by George F. Wiliamson (1921-2020), who was the son of John (Jack) and Edith Wiliamson, and the grandson of William J. and Wilhelmina Williamson.

Accession consists of 57 photos (b & w or sepia) of the Williamson family, their home and activities, and the Gordon Head area from about 1910 to 1942. Also includes 4 photoreproductions.