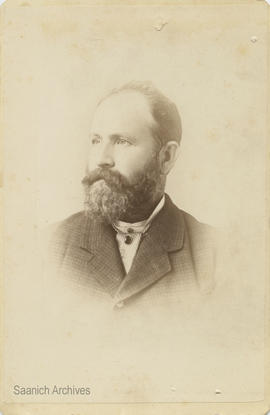 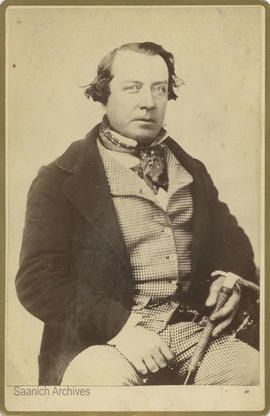 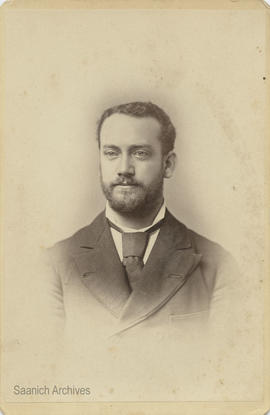 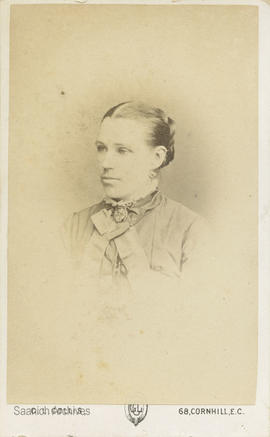 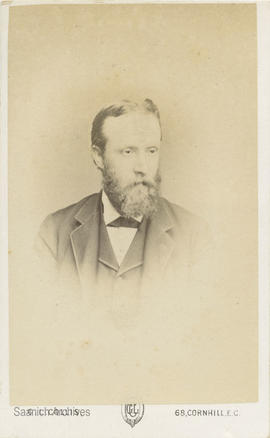 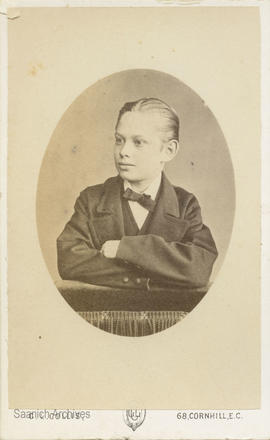 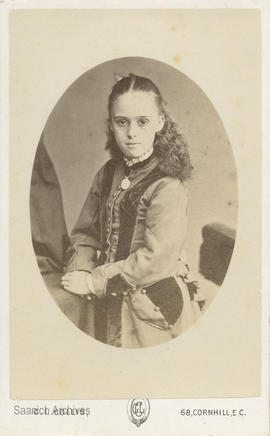 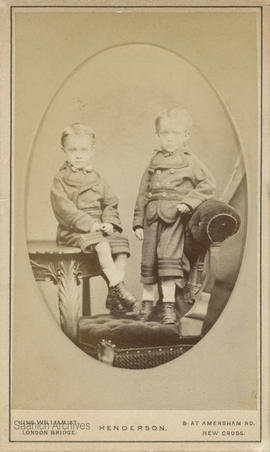 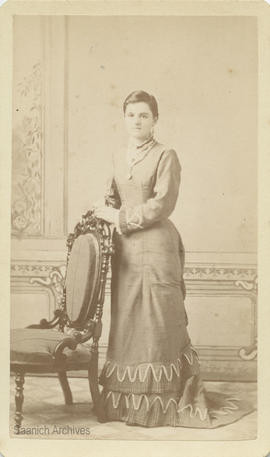 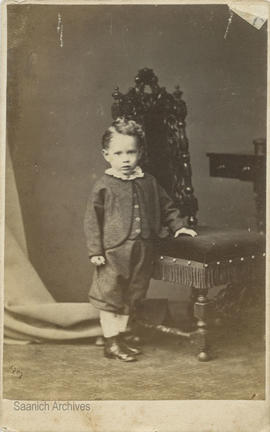 Thomas Russell was a teenager when he arrived in Victoria in 1853 aboard the Hudson's Bay Company ship Norman Morison. He married Sarah Collier. In 1865, Thomas Russell was appointed teacher at Craigflower School, the third in the school's history. A year later, he left his teaching position and moved to Victoria where he opened a grocery. Thomas Russell's subsequent occupations were superintendent of the Queen Charlotte Mining Company; assessor for the City of Victoria; and accountant in both Washington State and Victoria.

Donated in 2019 by a member of the Russell family through the Hallmark Heritage Society.

Fonds consists of material relating to Thomas Russell, the Russell family, and relations. Fonds includes a family photograph album and some loose photographs (primarily cartes-de-visite); 2 framed tinted portraits; and a Victoria directory believed to date from 1891-1892.